“It was the night of St John. Olì emerged from the whitewashed cantoniera on the edge of the road leading from Nuoro to Mamoiada…Olì  drew scarlet stripes and ribbons, with which he wanted to mark the St John’s flowers, i.e. the mullein, thyme and asphodel bushes to be picked the next day at dawn to make medicines and amulets.”

“The wild Sardinian spring was dying in the surrounding countryside: the asphodel flowers and the golden clusters of broom were unfurling; the roses were paling in the bushes, the grass was yellowing, a warm smell of hay perfumed the serious air.”

From the first pages of Cenere  – Grazia Deledda .

As in so many places in the world, Sardinia has ancient rites and popular medicine beliefs linked to the night of the summer solstice.These are pagan rites, later associated by the Church with the figure of St John the Baptist.

Among many, there is also the harvesting of aromatic herbs. It is said, in fact, that on the night of 23 June, during St John’s Day, helichrysum, St John’s wort, lavender, mint, rosemary, thyme, barona grass, mullein, laurel and many other herbs acquired a surprising power.

St John’s Wort, also known as bird-scavenger, is said to have very strong superstitious powers against the evil eye, which multiply exponentially if picked on this night.

“Don’t you know then? The laurel harvested last night is used for medicine and many other things: for example, if you scatter the leaves of this laurel here and there on the walls around a vineyard or a sheepfold, animals of prey will not be able to penetrate them, nor gnaw the grapes, nor kidnap the lambs.”

From the book Cenere – Grazia Deledda.

However, there is also a scientific explanation for this suggestive belief: in the days around the Summer Solstice, these herbs absorb the maximum amount of light from both the sun and the moon, and if harvested before this light decreases, they retain their full potential.

There are different ways of harvesting and using these herbs in different parts of the island.

In addition to the texts available online and the few books available on this fascinating subject, I did some interviews with people I met or thought might remember St John’s Night.

My mother-in-law remembers that when she was a child, near her house, there lived a man to whom people turned to cure certain ills. Apparently this man had some magic spells that he pronounced on the sick near a spring, with the help of plants that grew near the water, such as the elderflower, which became even more powerful on St John’s night.

On the night of 23 June, fig branches tied together were used to cure hernia, as Mrs Margherita of the traditional textile shop in Via La Marmora in Nuoro explained to me. The most important thing was that the tied branches were deposited where no animals could eat them, otherwise the magic would not be effective.

Mrs Maddalena, on the other hand, tells us that in Orgosolo people used to go out in the morning before dawn, around 5 o’clock, and pick (she still does) the herbs that came into sight.
Very often the most visible were Helichrysum and Hypericum, because of their golden colour, but also Puleggia Mint, Elderflower and many others. In particular, Madame Maddalena dwelled on the spina de Santu Juanne and recounted that on the Orgosolo plateau, there grows a five-pointed thorn with a red heart which, harvested on the night of St John, was used to prick meat and keep away flies. He explained to me that a lot of hams were entrusted to this system before the fridges came along.

All the herbs were dried in the dark and kept for the whole year to prepare decoctions for medicinal purposes or amulets against the evil eye. One of these was called redzetta and was a square of cloth with three grains of asphodel, three grains of salt blessed on Corpus Christi and three herbs gathered on St John’s Eve. Sa redzetta was folded and hung on children’s cots or in women’s bodices.

It was the women who did this, although Maddalena explained to me that in towns like Oliena, it was the men who did the harvesting.

Another custom is the collection of water from three fountains.
At midnight the water was mixed in a single flask and thus acquired the peculiarity of not numbing. It was stored throughout the year and used, together with herbs, to make decoctions, suffusions or other therapeutic practices.

“Olì went further: beyond the riverbed, beyond the path, beyond the patches of olive trees: here and there he bent down and tied a ribbon around the tops of some bushes, then stood up and scanned the night with the sharp gaze of his feline eyes.

Her heart leapt with anxiety, fear and joy. The fragrant night invited to love and Oli loved. On the pretext of marking St John’s flowers, Olí went to a love meeting.“

A Lollove people told me that they used to go out on the night of 23 June to mark with a coloured ribbon the plants they intended to collect in the morning at dawn.
The people I interviewed did not specifically remember the magical and therapeutic purposes of individual plants, for them it was rather an excuse to meet up with boys and hope for new love.

Mr Ignatius tells us of the:

“Ritual of “s’abba rasàda”. It was practised in all the hamlets of lower Gallura under the Usinavà state forest. Early in the morning of St John’s Day, after dawn, young girls would fetch water from the well, when it was supposed to be still after the night and not shaken by the coming and going of carts or quadrupeds. If they met a man, their future husband had to have the name of the person they met. Therefore, all the girls, knowing what time they got up and which way the men they were interested in went, did everything to meet just that one first! It was a simple trick that left them satisfied (but also disappointed, I say).”

My father doesn’t remember any collection, but he told me that that night the men went to sing under the balcony of the girl to whom they hoped to get engaged.

Summer Solstice and the magical rites of love

In fact, St John’s night is also said to celebrate the magical rites of love, so much so that the 24th June is is considered to be the most propitious day for marriages: in the past, young women would roll in the meadows to bathe in the regenerating dew and invoke St John to know the face of their future husband. (source)

To discover the future of their marriage, the young Sardinian women observed the plants they had marked the night before. Depending on the type of insect circling them, they could discover something about their future husband.

The story of this magical night fascinated me so much that I decided to use it as the starting point for another story, an intense and evocative one, that of the “fuitina lollovese”…. .
Wouldn’t you like to find out more and share it with me and my colleague  Marco Usala? 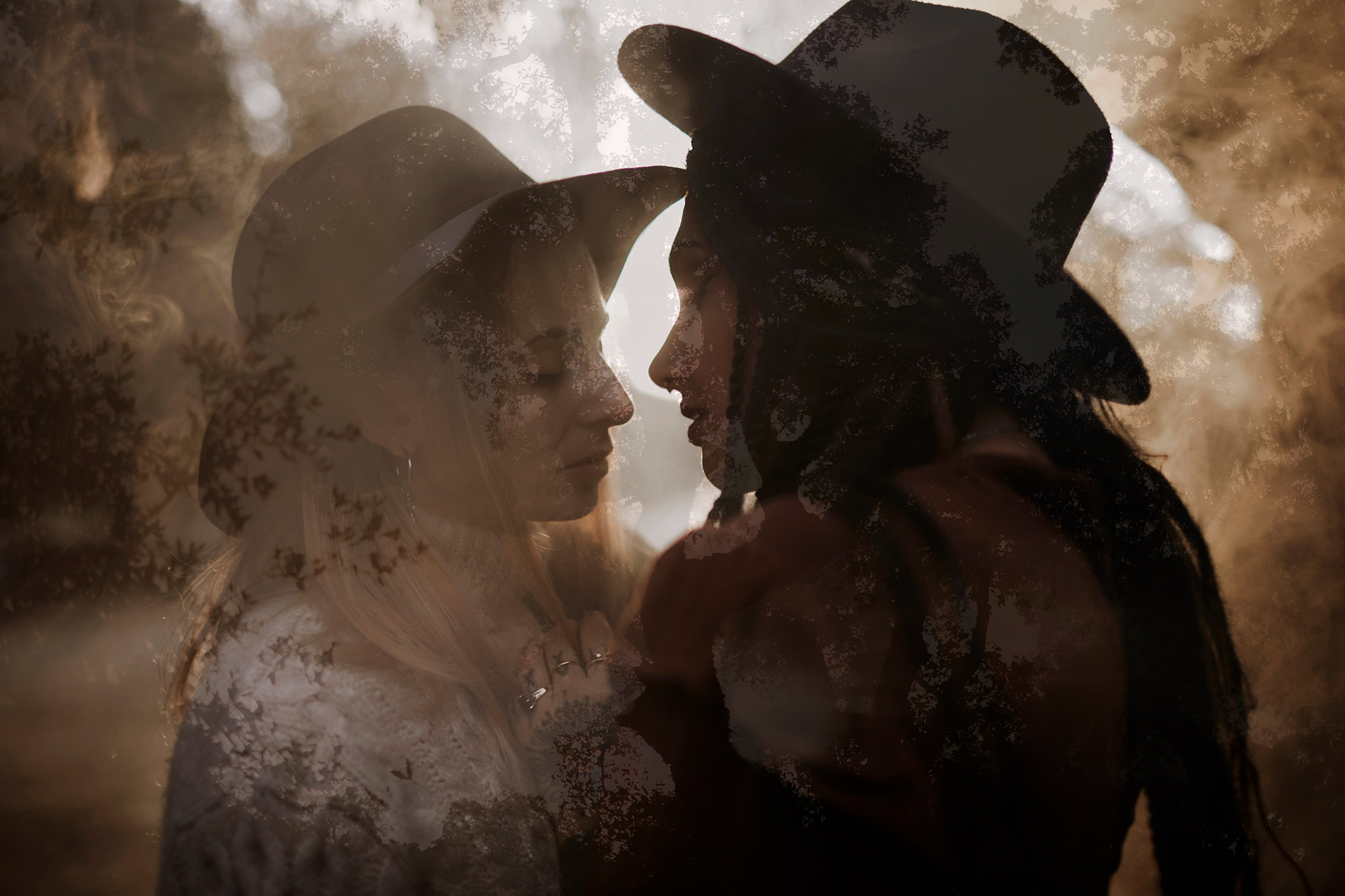 G+A Engagement photo shoot in the heart of Sardinia

We use cookies on our website to give you the most relevant experience by remembering your preferences and repeat visits. By clicking “Accept All”, you consent to the use of ALL the cookies. However, you may visit "Cookie Settings" to provide a controlled consent.
Cookie SettingsAccept All
Manage consent

This website uses cookies to improve your experience while you navigate through the website. Out of these, the cookies that are categorized as necessary are stored on your browser as they are essential for the working of basic functionalities of the website. We also use third-party cookies that help us analyze and understand how you use this website. These cookies will be stored in your browser only with your consent. You also have the option to opt-out of these cookies. But opting out of some of these cookies may affect your browsing experience.
Necessary Always Enabled
Necessary cookies are absolutely essential for the website to function properly. These cookies ensure basic functionalities and security features of the website, anonymously.
Functional
Functional cookies help to perform certain functionalities like sharing the content of the website on social media platforms, collect feedbacks, and other third-party features.
Performance
Performance cookies are used to understand and analyze the key performance indexes of the website which helps in delivering a better user experience for the visitors.
Analytics
Analytical cookies are used to understand how visitors interact with the website. These cookies help provide information on metrics the number of visitors, bounce rate, traffic source, etc.
Advertisement
Advertisement cookies are used to provide visitors with relevant ads and marketing campaigns. These cookies track visitors across websites and collect information to provide customized ads.
Others
Other uncategorized cookies are those that are being analyzed and have not been classified into a category as yet.
SAVE & ACCEPT
Powered by